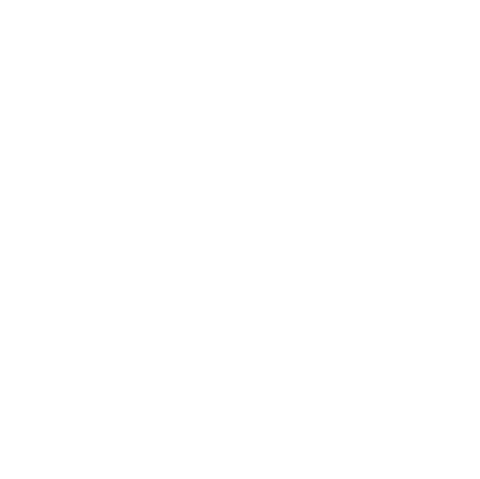 For our gym members who may not know you, could you tell us a little bit about yourself? Where are you from? How did you find your way to the Emerald City and Fremont Health Club? How long have you been an FHC member?

Yes, I'm originally from a very small town in Louisiana, and spent my first 18 years on a small farm with my parents and 3 siblings. After graduating from high school, I moved to Baton Rouge to entered LSU. My major was zoology, and I followed the typical science curriculum. I moved to Seattle in 2013 with my partner. He was living in Atlanta; I, in Baton Rouge at the time, and we had maintained a long-distance relationship for several years. A three-month trip together to Quito, Ecuador gave us the confidence that our commitments were, indeed, long-term. We developed a short US list of cities where we had an interest in residing. Seattle was on that list. A few months later, he accepted a position here. In 1998, we were married here in Seattle, and hope to remain in this area. We were at another health club in Fremont until it closed in 2014 or 2015, at which time we joined FHC.


Growing up in Louisiana must of been a unique experience. Some people say there's Earth, the U.S., and then there's Louisiana which is like a whole other planet in itself. Would you agree with that?

I guess we all like to find there's something special about where we live, but Louisiana is somewhat unique. For one thing, it's the only state government that is based on French law, not English law. Even the state divisions are parishes, not counties. The state at all levels of government, is organized somewhat differently than the rest of the US states. This in itself makes it different in governing its citizens. From how the land was originally surveyed and divided into non-rectangular townships, ranges, and sections, etc. it does not look like similar divisions in other states. Its geology is primarily influenced by sediments brought southward by the Mississippi River. Thus, much of the land is defined as wetland. There's a joke that Louisianians must have webbed toes to get around. The webbing isn't true, but the water table is so close to the land surface, that even burials must be above ground. When you dig a grave, at least in the southern parishes, it fills with water, and a casket floats. A culture has developed around its singularities. It's what is referred to laissez les bon temps roulez, or let the good times roll. The people are known for throwing a party (fais do-do) or parade for no reason. Even the language has many French connections. I could write at length about the food, but…Who hasn't been to New Orleans and gone home changed? Yes. If it's in your heritage, you look at everything through different eyes.

You've had an extensive career as a biologist, yes? Is it true you were doing studies in the field and leading conservation projects of different wildlife species across Louisiana? Did you ever work anywhere else? Can you tell us some of the species you've worked with?

Yes, after getting my MS degree, I was hired by the state Dept. of Wildlife and Fisheries. I developed the state's endangered species program, which involved populating a list of protected species, and laws protecting them. In that capacity, I worked with other state and federal agencies, as well as private and public conservation sectors to conserve wildlife. This included private landowners and large commercial corporations (such as forestry-related industries) to develop conservation plans. I was involved in major conservation issues with such species as the Louisiana black bear, the Red-cockaded Woodpecker, and the Louisiana pine snake, to name a few. The program did annual surveys of bald eagles, gopher tortoises, etc., and the Louisiana pearlshell, a species found only in Louisiana. It lives in shallow creeks in central Louisiana, often moving less than a few feet in it's lifetime. They might live 75 years. My special interest has always been in birds. As an undergraduate I worked at the Museum of Natural Science on campus. While there, I was invited to participate in a 3-month bird expedition to Peru. It was my first trip outside the state. After getting my BS, I also worked in Ecuador for Yale University. I lived in a tent for three months in the jungle, collecting bird BLOOD.

When you retired you took up writing and editing manuscripts, yes? Have you always been a writer? What genres do you work in?

As a professional biologist, my interest in writing was solely restricted to science-related issues related to my work. When I retired, and moved to Seattle, I took a writing class at UW. Flash fiction was what I wrote for several years. Stories that were limited to 750 or so words. More recently, I've written fiction short stories (up to 3,500 word lengths) loosely based on my experiences traveling that summer in Peru and my time living and working in the jungle in Ecuador. More recently, I've become interested in poetry. That's what I'm mostly writing now. I belong to two Seattle writing groups. Not a week goes by that I'm not reading my stories/poems to others and hearing their stories read. I'm having such fun gnawing at books of poetry. But hey, isn't that everyone's goal in life—have fun learning?

You're also very well-traveled Gary. How many countries have you've been to? What's been your favorite destination? Any recommendations?

I've been so fortunate to have traveled to all the US states and 35 countries. My love for other places and their culture has moved me to adopt two children, a son from Chile, and a daughter from Brazil. I also have one biological son. They live near Baton Rouge. My favorite? I tell everyone that asks me that question, wherever I am at the moment, wherever I am on the globe is my favorite place to be. I guess that reflects my live-for-and in-the-moment approach to living, in general. I always find happiness where I am. Recommendations? Don't miss an opportunity to see Iguaçu Falls on the Brazil/Argentina border, the Andes Mountains in Peru, and Thailand. But don't limit yourself. Find your own special place. It might be as near as Carkeek Park, Seattle.

Fremont Health Club
920 N 34th St., Suite 200
Call: (206) 632-2200
[email protected]
Health is a journey.
At the Fremont Health Club want to help you along the way. With a commitment our neighbors, exceptional customer service and programming that will motivate and inspire, we are here to help you reach your fitness goals.
24 Hour Access
Workout anytime, or visit us during our staffed desk hours!